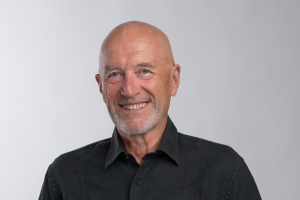 Professor Claudio Tuniz is a world-renowned expert in geochronology using particle accelerators. He is the Coordinator ICTP Multidisciplinary Laboratory and former Assistant Director of UNESCO’s International Centre for Theoretical Physics in Trieste, Italy, where he promotes the use of atomic and nuclear physics in palaeoanthropology. He was director of the accelerator dating centre at the Australian Nuclear Science and Technology Organisation and has published widely on Australian prehistory. He is Editor in-Chief, Archaeological and Anthropological Sciences, Springer, Germany. In the recent years he has covered developments in international prehistory and its impact in contemporary society in a series of books such as “Homo Sapiens”, “Humans” or “The Bone Readers”. In 2018 he has co-authored with Patrizia Tiberi: “The dressed ape” (La Schimia Vestita).