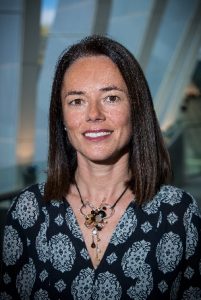 Carola García de Vinuesa is currently professor of Immunology at the Australian National University and Director of the Centre for Personalised Immunology (CPI), an NHMRC Centre for Research Excellence. She obtained a medical degree at the Autonomous University of Madrid. She undertook specialist clinical training in the UK and in 2000 was awarded a PhD by the University of Birmingham. A year later she was the recipient of a Wellcome Trust International Travelling prize Fellowship to do postdoctoral work at The John Curtin School for Medical Research in The Australian National University. Since 2006 she has been a group leader. She has been the recipient of several prestigious awards including the Science Minister’s Prize for Life Scientist of the year (2008), the Gottschalk Medal of the Australian Academy of Sciences (2009). In 2015, she was elected as a Fellow of the Australian Academy of Science. Carola Vinuesa’s research aims to unravel the complex interaction of cells and molecules that regulate the production of potent, long-lasting antibody responses and to identify genetic abnormalities that interfere with this process and contribute to the development of autoimmunity.