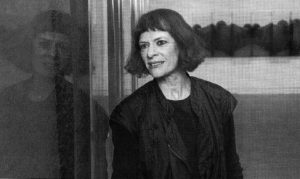 Janet Laurence is renowned as one of Australia’s leading contemporary artists. A recipient of both a Rockefeller and Churchill Fellowship, she was a Trustee of the Art Gallery of NSW, on the VAB Board of the Australia Council, and visiting fellow of the 2016/2017 Hanse-WissenschaftKolleg (HWK) foundation fellowship. Janet Laurence is well known for her public artworks and site-specific installations that extend from the museum and gallery into the urban and landscape domain. Recent significant projects and commissions include: a commission with The Australian Tapestry Workshop, Melbourne (2017); an installation for The Pleasure of Love, October Salon, Belgrade (2016); Deep Breathing: Resuscitation for the Reef, for the Paris Climate Change Conference (2015) and the Paris International Contemporary Art Fair (2015), followed up by the installation Deep Breathing at the Australian Museum, Sydney (2016); Tarkine for a World in Need of Wilderness, Macquarie Bank Foyer, London (2011). Janet also exhibits widely in major art institutions and museums, including Australia, Japan, Germany, Denmark, Hong Kong and the UK. Recent exhibitions include: The Matter of the Masters,  Art Gallery of New South Wales (2018); Inside the Flower, IGA Berlin, Germany (2017); Force of Nature II, curated by James Putnam, The Art Pavilion, London (2017); the 13th Cuenca Biennial, Ecuador (2016); Deep Breathing: Resuscitation for the Reef, Muséum National D’Histoire Naturelle, Paris, (2015). Her groundbreaking practice explores issues of the natural world and addresses our relationship to nature. Across photography, sculpture, video and installation, Laurence creates visually immersive environments to reflect on the mutability of nature, science, memory and loss. She has delved increasingly further into this fascination with the interconnection of life forms and ecologies to produce work driven by themes of alchemical transformation, history and perception that is distinctive, complex and beautiful.